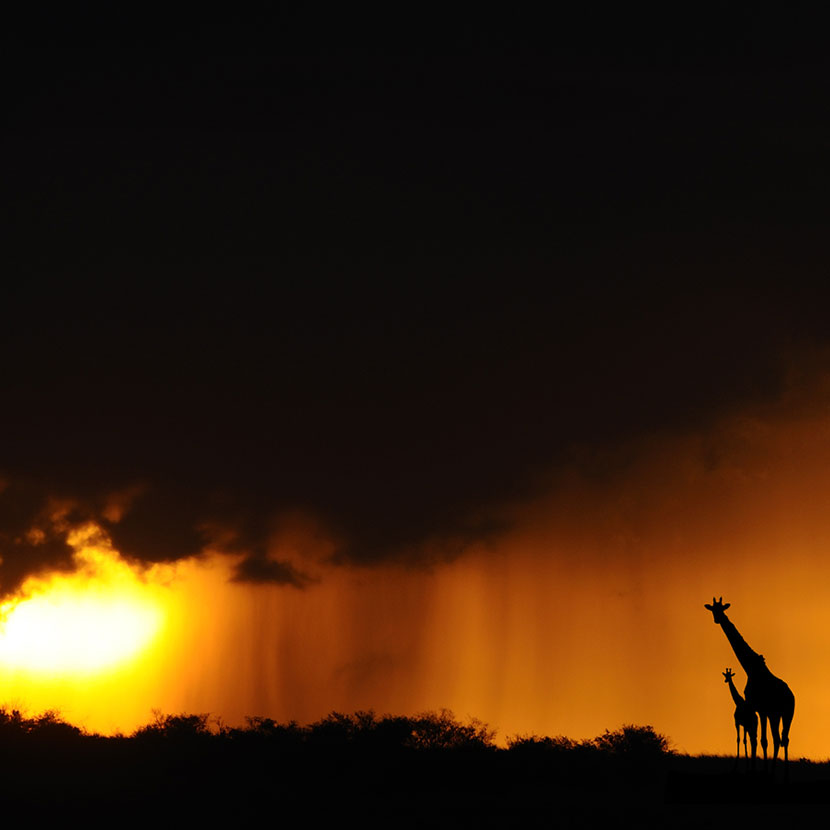 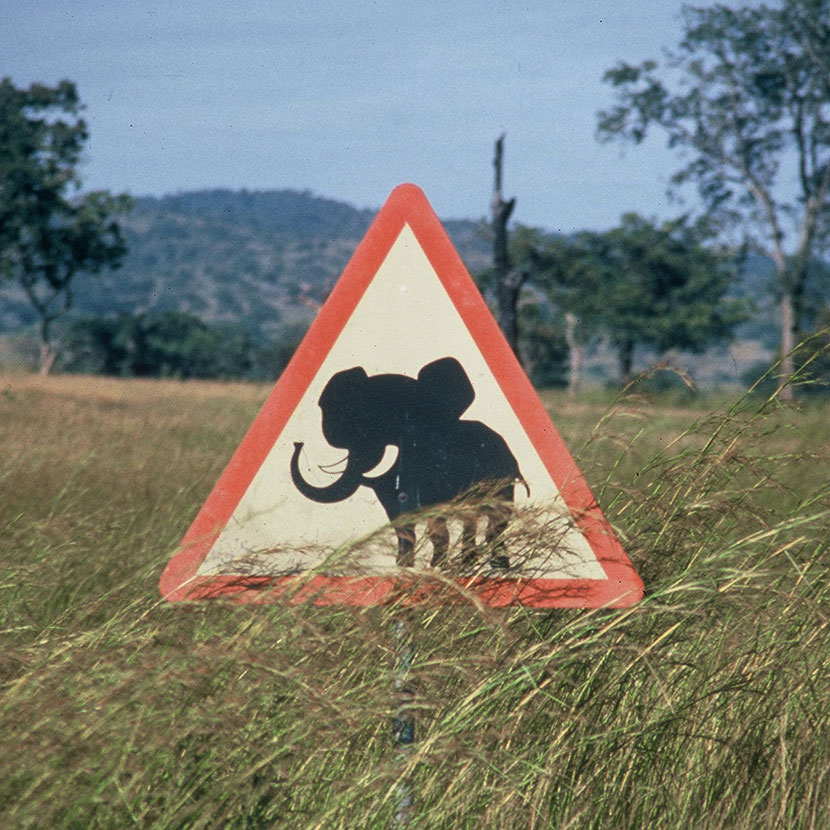 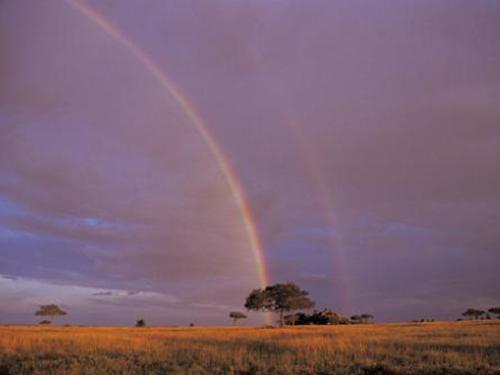 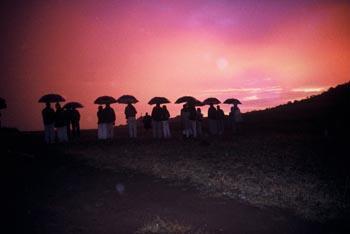 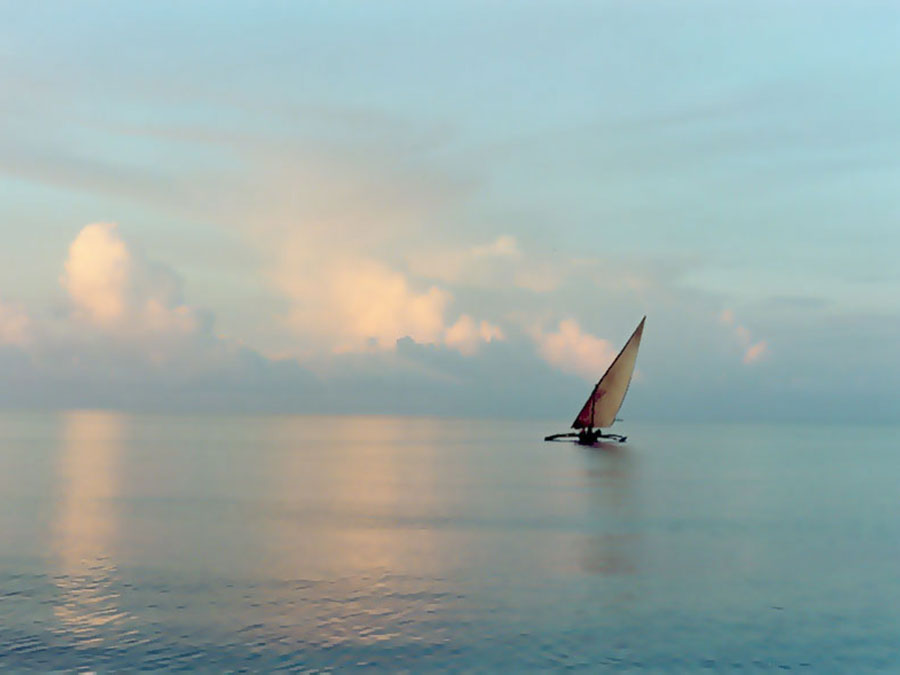 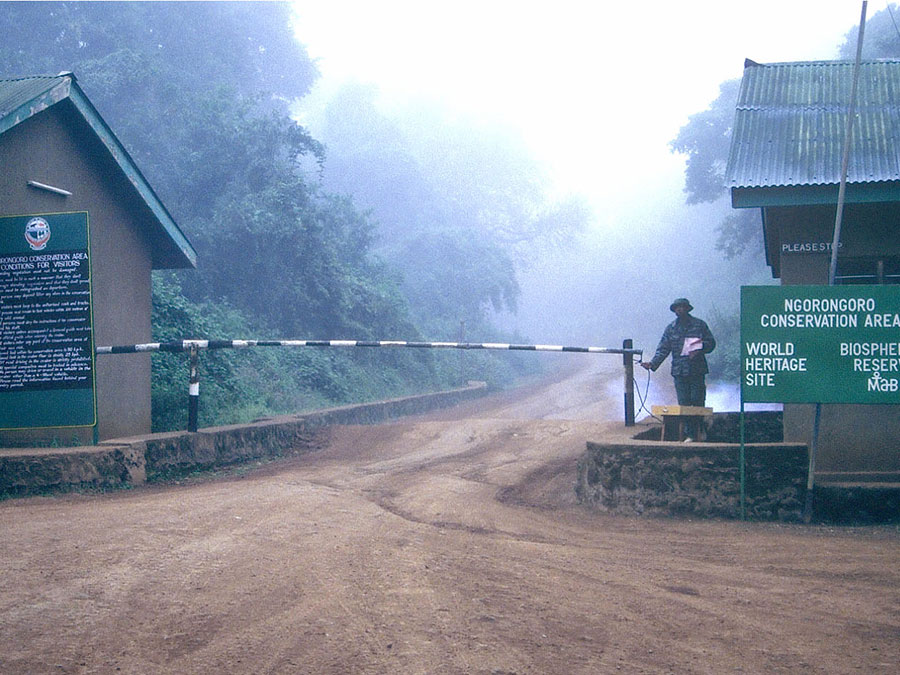 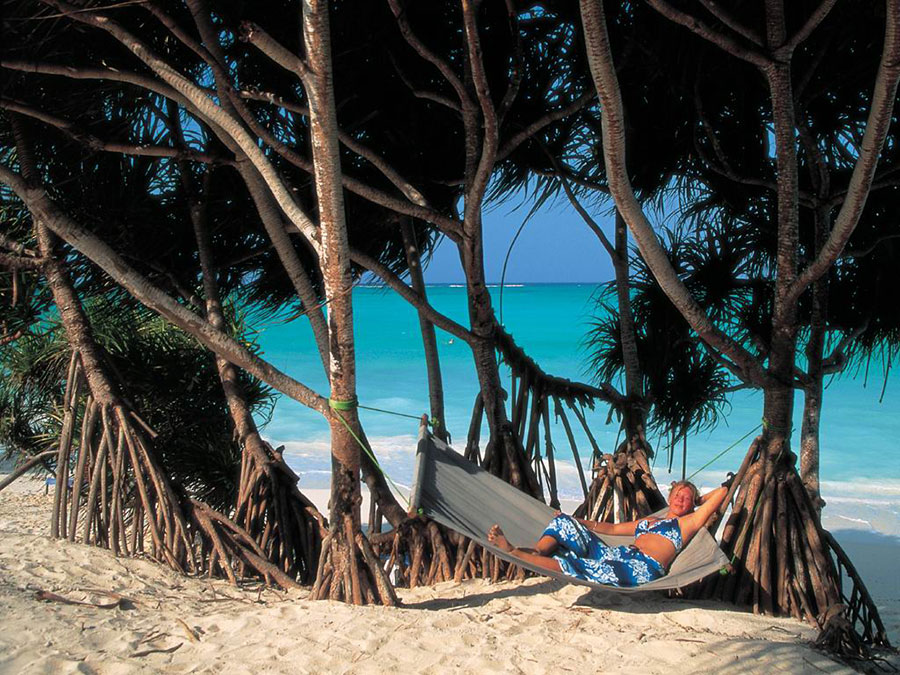 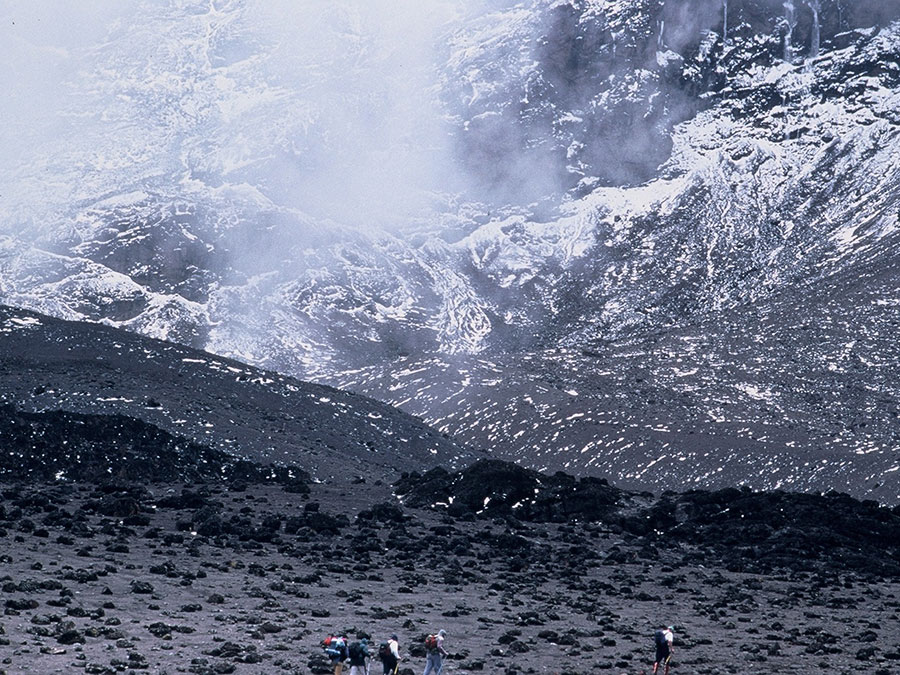 Tanzania has a tropical climate. However, there are large regional differences due to the respective altitude.
The average annual temperature therefore drops from 26°C in the coastal plain to 23°C at 1,200 m and to 18°C at 1,700 m altitude.

It is difficult to give exact data on the rainfall in Tanzania.

For the northeast and north you can make a note:

The reality is of course much more complex.
The country is very large and the climate in Tanzania varies greatly from region to region and sometimes over short distances.

The southern part of the Rift Valley and the volcanic chain receives more rain (in season) than the northern region...
Thanks to Ndutu Lodge we have very accurate information about the rainfall in the Southern Serengeti Region, Olduvai Region.

Zanzibar is a tropical island: the climate here is hot and humid.

Legend has it that the rainy season begins on 15 March at 3 pm.

It is also important to mention that the rainfall in the western part of the island (the heavily irrigated part) is different from that in the east (much drier region). 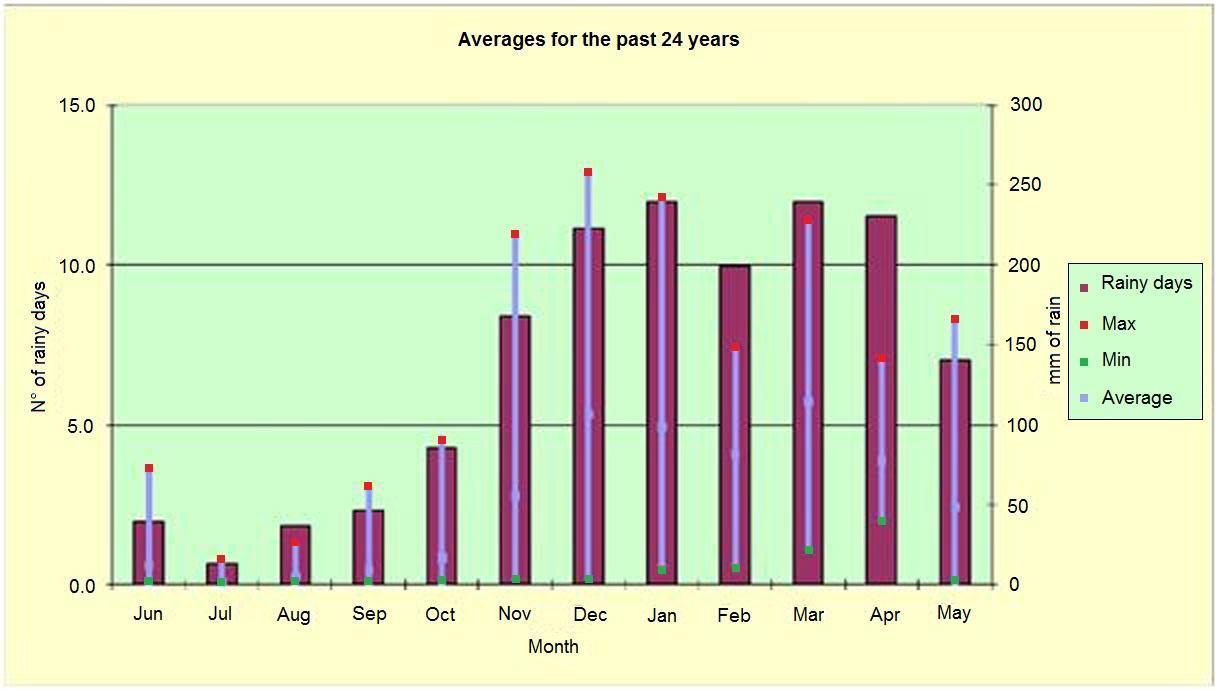 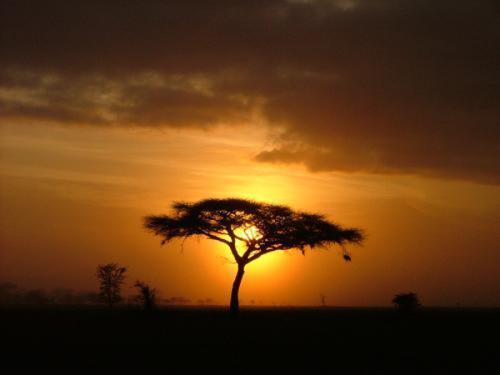 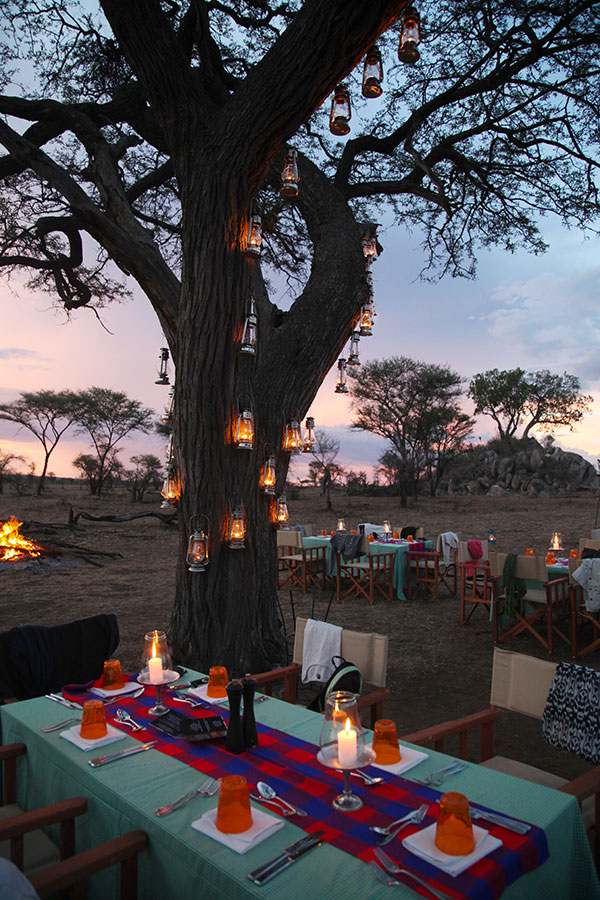 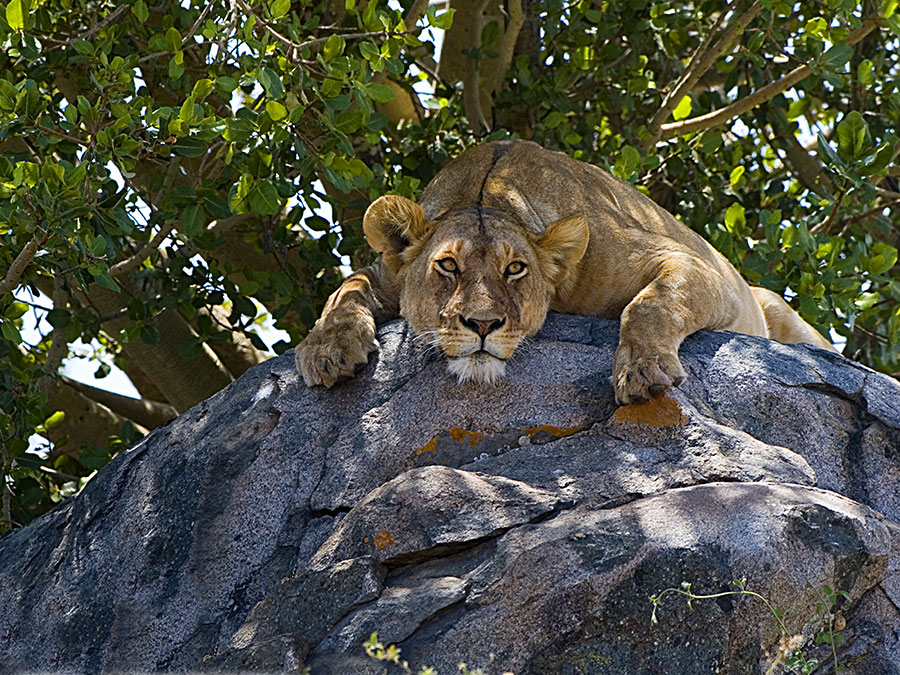 Tanzania is classified as risk area 3 (high resistance to Nivaquine). Consult your doctor for appropriate prophylaxis. Provide spray or cream to daub your legs in the evening. The risks of contracting malaria are very variable depending on certain factors:
- Altitude: The risk of encountering the Anopheles (malaria vector mosquitoes) decreases rapidly with height. Therefore, prophylaxis against malaria is highly recommended for coastal stays. Conversely, it is inadvisable to take prophylaxis during the ascent of Kilimanjaro.
- Season: Anopheles are most active during the rainy season.

- Protection against water-related risks: it is totally not recommended to drink tap water anywhere whatsoever. The bottled water is available everywhere in Tanzania.
- Protection against the sun: sunglasses, hat, cream. High risk of sunburn (being in safari or on beaches is something alike). 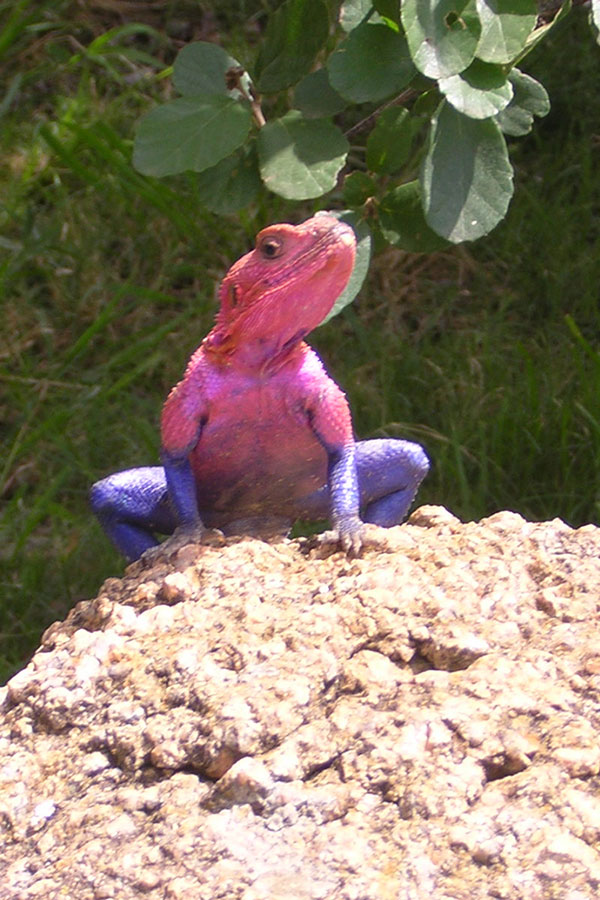 A passport valid for six months beyond your intended trip is mandatory. Tanzania requires a visa to enter its territories. Bring the following documents: a passport, a certificate of the agency or an airline ticket, a form to fill on site, two passport photos. Your visa can be obtained upon arrival:

Bring the following documents: a passport, a certificate of the agency or an airline ticket, a form to fill on site, two passport photos. Your visa can be obtained upon arrival. Possibility to ask your correspondent for a bonded reception (in the customs service) to facilitate the withdrawal of the visa. Tanzania strictly applies the instructions of CITES (Protection of endangered species). On leaving the territory, it is forbidden to export: ivory or elephant hair, reef shells, turtle shells, animal skins (except those authorised for export)...

Since early 2019, Tanzania proposes a on line service visa: www.immigration.go.tz 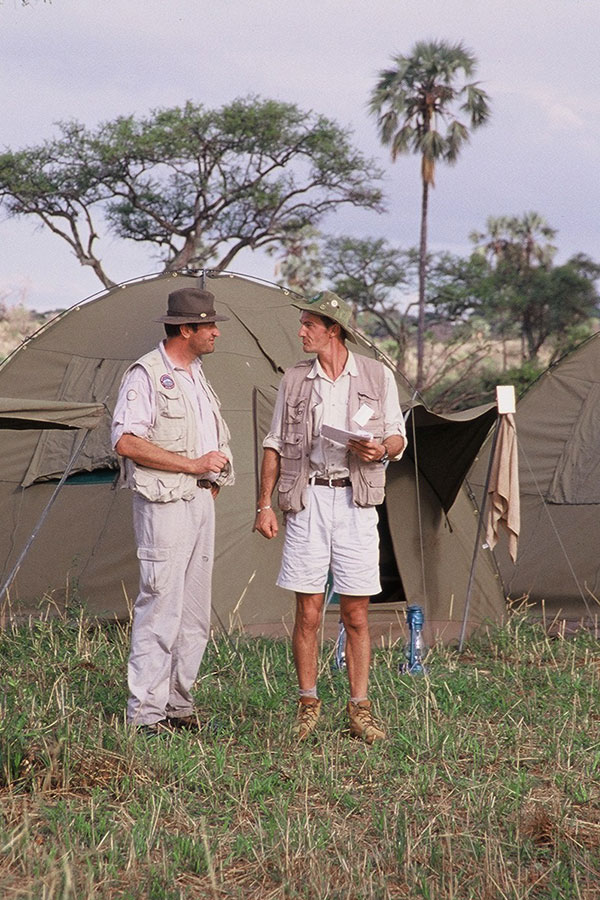 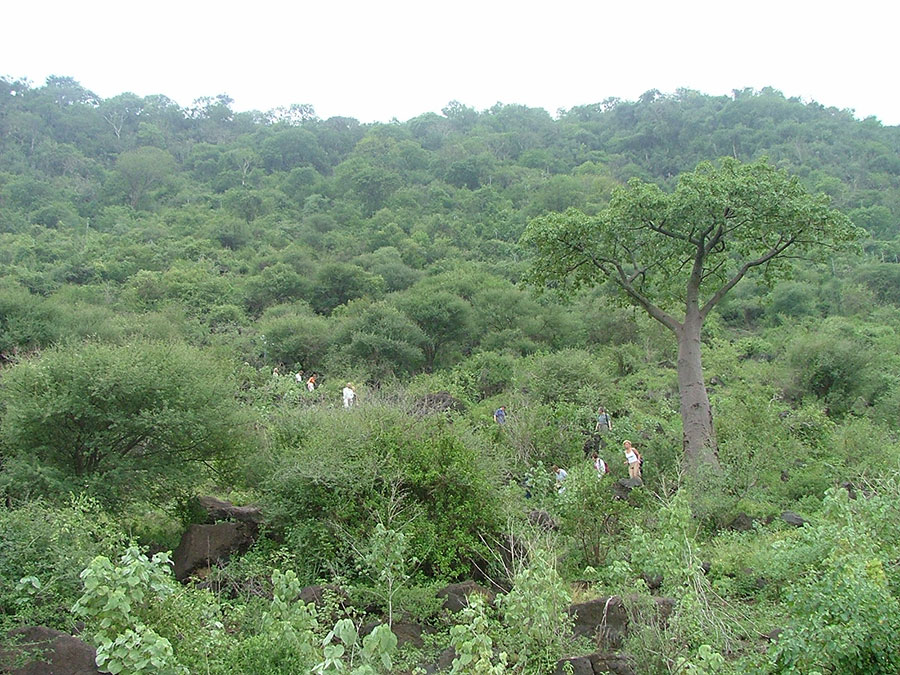 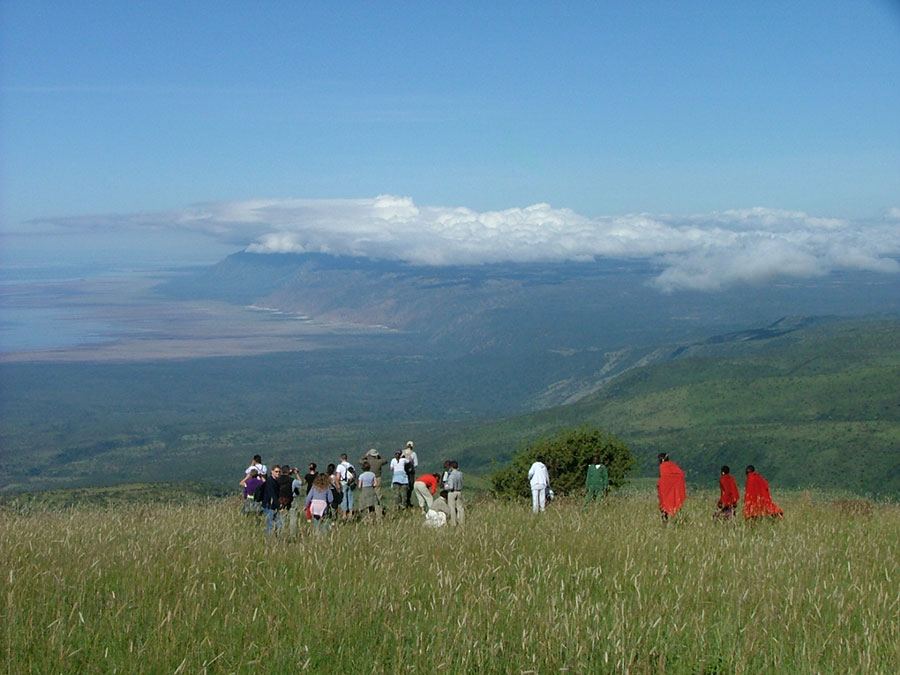 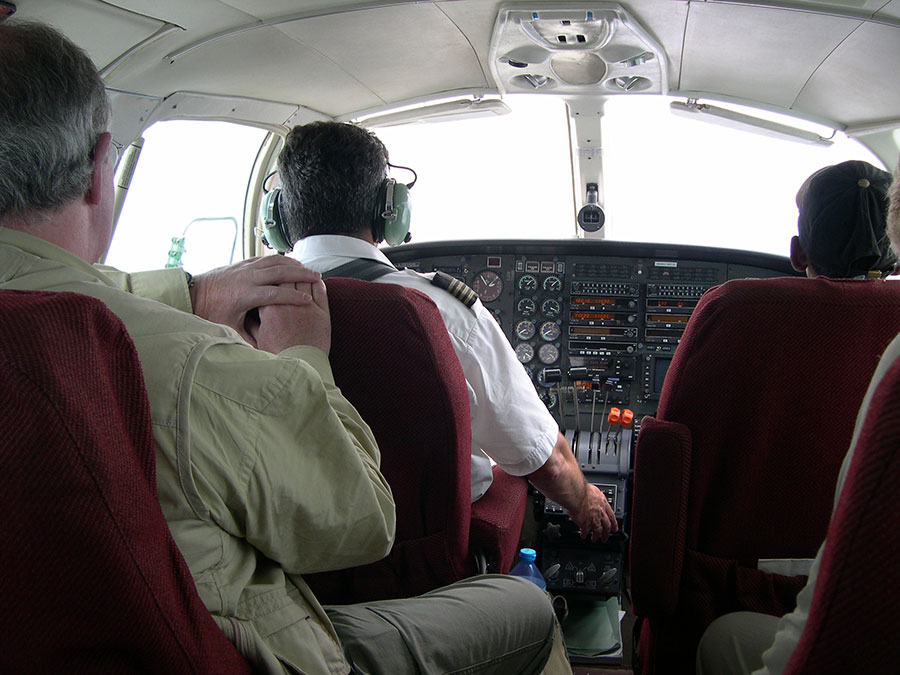 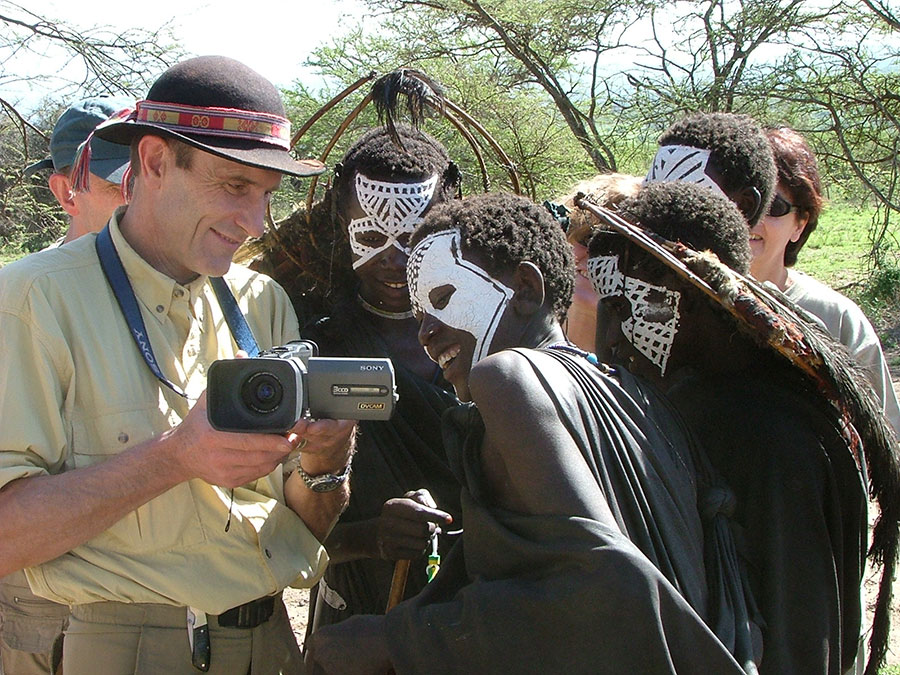 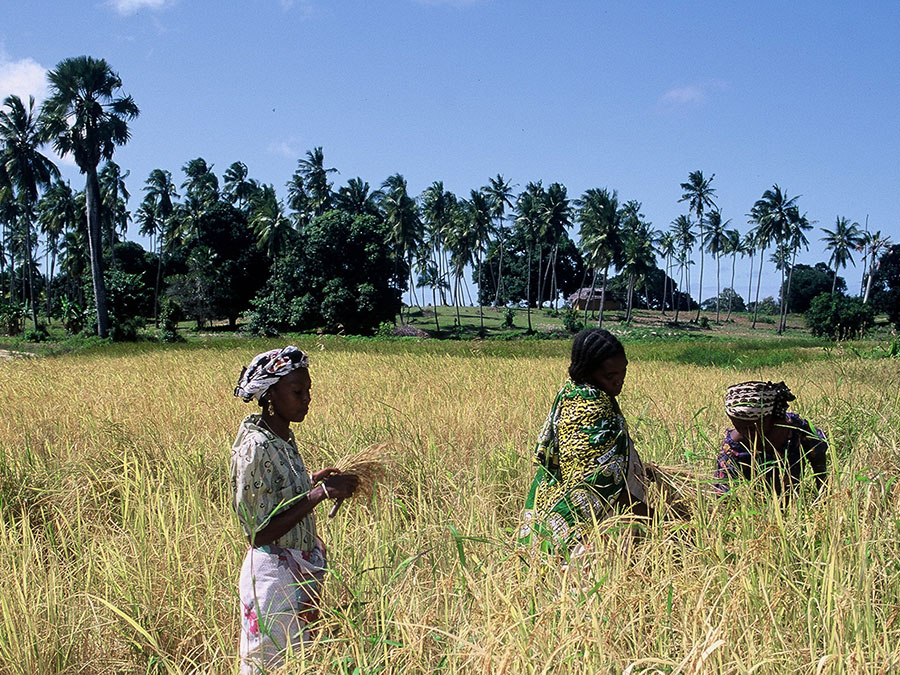 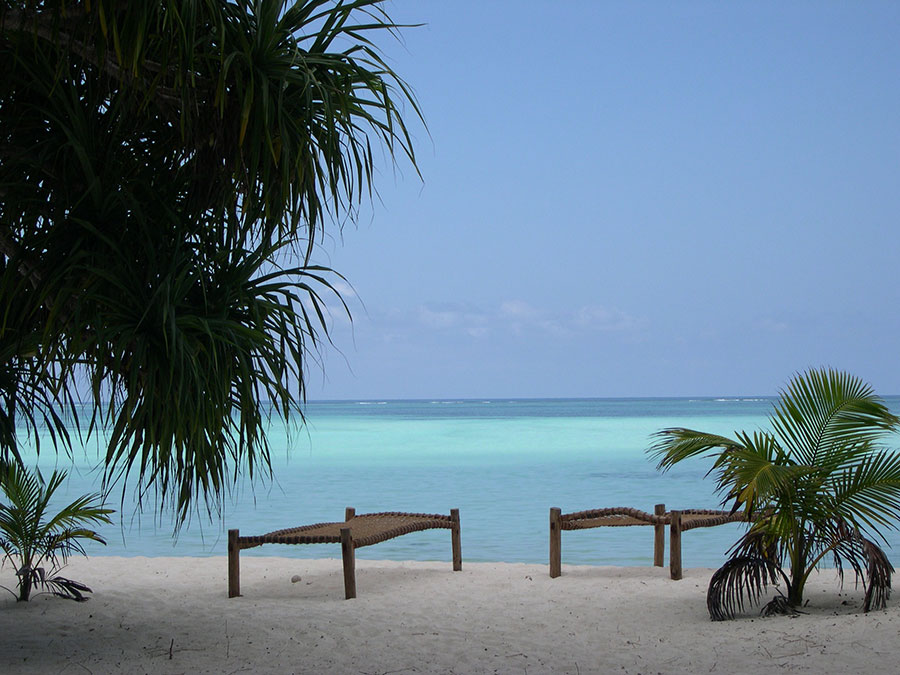 Habitual clothes for hot countries and Safaris, preferably in cotton, that are not easily soiled (dust). Taking a sweater and a good jacket for evenings (mainly for altitudes). Trekking shoes (if the program features a walk). A hat or cap (protection from the sun). The majority of lodges propose a laundry service and it is possible to clean your linen during the safari. For Zanzibar stays, it is recommended to take plastic sandals for swimming (corals and sea urchins).

We get always surprised by the number of photos that we take during a safari that involves animals. Bring with you enough pills and diskettes. Certain lodges propose the possibility of burning a CD to empty your diskette. Bring powerful lens because some animal scenes might be far. Bring efficient production + good tools for cleaning your lens.

An electronic lamp: the lodges are over generators and there might be some electricity cuts in the middle of the night. A pair of binoculars. Wipes for dust.

The GSM network is remarkable in the tourist regions. The French operators (SFR, ORANGE or BOUYGUES) are all also relayed by local operators. All over the Northern circuit (except some zones), in Kili and Zanzibar island, there is a very good signal.

There is electricity in the lodges, camps and hotels.

The power is 220 V. The type of socket is English (the same dimension of the French socket with a ground socket for security). It is possible to manage oneself with some intelligence.

The Kiswahili is the official language of the country. English is also considered as an official language (trade). French is not spoken on the Tanzanian territory. Many of our drivers make an effort to learn French (French alliance) and others are virtually bilingual.

Flexible luggage is strongly recommended. We always tend to bring too many things â€¦ you should travel lightly. This luggage should hold in the back of the 4x4 vehicle and not fill up the front seat. Notice: the authorized weight on short domestic flights: 15 kg per a person (flexible luggage).